The dearth of moderate Muslim speakers is a major problem in the society; it has created an imbalance in tilting America negatively towards buying in to stereotypical images of Muslims. Mike is a healthy addition to a growing number of Muslim speakers in giving a fuller picture of Muslims engaged in civic society. They range from speakers with beards and head coverings to no head coverings and no beards, just as a majority of Muslims live their day to day life. 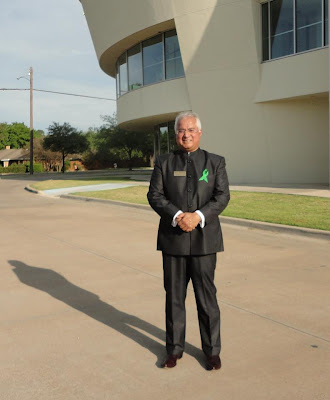 Mike is a frequent guest on Fox News, (The Hannity Show), and has been interviewed on nationally syndicated Radio shows along with Dallas TV, Print and Radio networks and occasional interviews on NPR. He is a member of the Texas Faith panel of Dallas Morning News and writes on issues facing the nation every week. He has spoken at international forums including the Council for a Parliament of the World’s Religions, in Melbourne, Australia, Middle East Peace Initiative, in Jerusalem, the International Leadership conference, in Hawaii, and in Washington.

He offers pluralistic solutions to media and to the public on important and complex issues of the day and is available to speak in a variety of settings such as schools, seminars, conferences, and places of worship, or the work place. He welcomes all questions and will address the fears many have about Islam.

Mike is a speaker, thinker, collaborator and a writer on the subjects of Pluralism, the Interfaith Movement, Cohesive Societies, Islam, India, Hope and World Peace. Over 1000 of his articles have been published worldwide and two books are poised to be released this summer. His work is reflected in 4 websites and 27 Blogs indexed at http://www.mikeghouse.net/

....... Mike Ghouse is a speaker, thinker and a writer on pluralism, politics, peace, Islam, Israel,India, interfaith, and cohesion at work place. He is committed to building a Cohesive America and offers pluralistic solutions on issues of the day at www.TheGhousediary.com. He believes inStanding up for others and has done that throughout his life as an activist. Mike has a presence on national and local TV, Radio and Print Media. He is a frequent guest on Sean Hannity show on Fox TV, and a commentator on national radio networks, he contributes weekly to the Texas Faith Column at Dallas Morning News; fortnightly at Huffington post; and several other periodicals across the world. His personal site www.MikeGhouse.net indexes all his work through many links.
Posted by Mike Ghouse at 5:27 PM