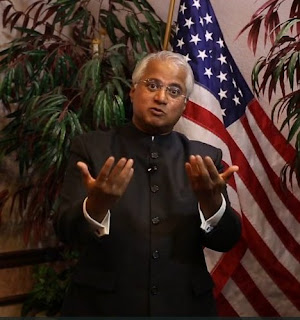 MULBERRY | As a Florida pastor plans to burn 3,000 Qurans in protest at a home near Mulberry next month, members of the Dallas-based World Muslim Congress are planning a counter demonstration of their own.
Mike Ghouse, the organization's president, said he hopes his group's peaceful gathering in Mulberry will stand in contrast to Terry Jones' burning of the Muslim holy book.
“Everybody in the world is going to be watching what happens in Mulberry,” he said. “We want them to know violence is not a behavior that will be tolerated.”
The Muslim group is moving its Unity Day ceremony, held annually in Dallas since the 2001 attacks on the United States, and will stage the Sept. 11 event in Mulberry.
“We usually have about 500 people of all denominations at the ceremony,” he said today. “I don't expect that many people to come to Mulberry, but we're hoping people from the community will turn out.”
A separate group of residents in Mulberry already is planning its own protest to the burning. Suzanne Carter-Moore, a Lakeland resident who works and grew up in Mulberry, initiated a local effort upon learning of Jones' plans in July.
“I just don't want Mulberry to appear like we are condoning his actions,” she told The Ledger last week.
Jones, who couldn't be reached for comment Tuesday, is planning to burn the Qurans in Mulberry also on Sept. 11. He has said he plans to burn a holy book for every person who died in the 2001 attacks.
He said he chose the Mulberry area after a resident, Bill McKinney, offered his property for that purpose. Jones has sold the Gainesville property where his church, Dove World Outreach Center, was the setting for a similar burning in 2011 that sparked deadly riots in Afghanistan.
Posted by Mike Ghouse at 7:54 PM