July 4th is one of the best Muslim Holidays to celebrate

As you read through the article below, you will find every reason to claim July 4th as a Muslim Holiday also. It has given us life, liberty and paved the way in pursuit of our happiness.

I am planning to move to Washington, D.C.,  to work on the things that I have been working for over 20 years as a volunteer; i.e., doing my share of work in  building a cohesive America, where no American has to live in apprehension or fear of the other.

July 4th, Tipu Sultan, Muslims and America - A great opportunity for Muslims to become a part of the American Story. 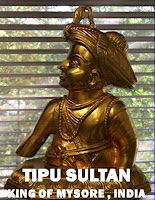 We have to be proud of our combined heritage, our journey began from the birth of our nation on July 4, 1776.   Two of the three first nations that recognized the sovereignty of America were Muslims; Morocco and Mysore (India), read on. ....  We have come a long way in being 'equals' that our founding fathers had envisaged in our immortal declaration of independence.

....Now, no one will dare denigrate African Americans, Jews and the GLBT communities.  However, Muslims are an easy target to heap negative statements without any consequence. Time has come to put an end to the loose talk and hold them accountable. However, we need to do our share of the work  in becoming fully participating members of the society to earn a dignified space in ....   I hope you find this article meaningful and share it with your friends.

THE GREAT INTEGRATION PLAN FOR 2016
http://worldmuslimcongress.blogspot.com/2015/07/muslim-integration-plans-for-july-4-2016.html


Bad Islamic books in the market need to be shelved. 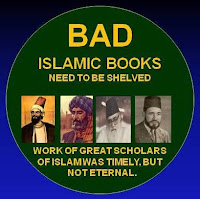 Over a period of time, the books written by Ibn Taymiyyah, Ibn Kathir, Hasan Banna, Qutub, Maududi and their likes have been unfortunately equated with Quran. While Quran is the eternal guidance, their work was a product of 'their times', and whatever they wrote was a reaction to the tough situations they were dealing with, and certainly lacked the universalism of God and the Prophet that Quran preaches, both were referred to as God of the Universe and Mercy to the Universe.

Ghouse speaks about Fox News - How do we change the world around us? 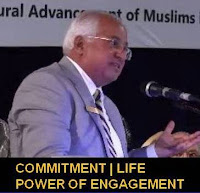 Today, we are at cross roads of leaving behind 100 lousy years of post-colonial trauma, and setting up the next 100 years.  This is the time for us to shape our destiny…

One of the major flaws in our thinking is our misplaced focus on Akhira. We need to invest our time in fixing this flawed thinking and change the future of Muslim Ummah. Two major things have happened thru the power engagement; He has stopped attacking Quran in the last two years and had agreed to (but has failed a few times) to use the phrase “Radicals among Muslims” instead of “Radical Muslims.” It was a huge concession!

A discussion about Pluralism in Islam from Quran and the Prophet 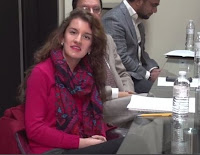 One of the character building activities of Muslims is to be non-judgmental, indeed we utter the phrase " God alone is the master of the Day of Judgment" at least 17 times a day, but yet we jump to conclusions without taking the time know.

Pluralism is not a religion, it is simply an attitude of live and let live, it is not a mixture of things either. You are who you are, and I am who I am, when we learn to accept and respect the God given uniqueness of each one of us, conflicts fade and solutions emerge.   Discussion includes two verses from Quran and two practices of the Prophet to make the point.

Successfully changing perceptions about Muslims, and changing ourselves, a movie will be made subject to funding.

It is a successful story of changing perceptions about Muslims and mending our own behavior to align with what can be called an Islamic behavior. It’s a big report – A new paradigm for the Muslim world - What is Sacred, Flag, Holy Books, Mother, Freedom of Speech?
Sacred Film is about a successful real life event set in Mulberry, Florida coupled with a compelling romantic story built around the Quran burning incident.

The film skillfully manages conflicting issues of freedom of speech v what is sacred; safety of Americans v violent reactions; and radicalism v. pluralism. It is an embodiment of conflict mitigation and goodwill nurturence based on teachings of Jesus Christ and Prophet Muhammad. It is a model for building cohesive societies.  Indeed, the concept is encouraged by major institutions.

Through “Sacred”, the world will witness positive changes taking shape; it encourages what Muslims ought to be – the Amins, and how they will be perceived by the society at large.

Sacred is an exemplary story of ordinary Muslim Americans working with fellow Americans of different faiths in forging a new paradigm; a cohesive America where no American has to live in tension, apprehension or fear of the other.
LINK - http://worldmuslimcongress.blogspot.com/2014/04/reestablishing-right-muslim-attitudes.html
Sharia-ism, a drama 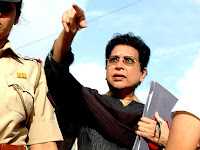 A great country ensures her population enjoys a sense of security, where each person feels safe. Every now and then a few short-sighted men take short cuts to justice cutting themselves short, besides others in the process.  When things go astray, out of control, Lord Krishna had predicted, and to me it sounds like the law of nature, that someone from among us will appear and restore Dharma. These are men and women who see a big picture and not a selfish "me, me and me only.”  Here comes Rohini Salian, the woman we need to salute.LINK - http://theghousediary.blogspot.com/2015/07/rohini-salian-we-salute-you-you-are.html
What is a cohesive America look like?

Here is a 10 Minutes video
https://www.youtube.com/watch?v=YMXsTo4VYh8
If you like and want to donate to carry the work - please visit: http://americatogetherfoundation.com/donate/

My responsibility would be to conduct dialogue and encourage understanding within the Muslim community, and with other religious communities.  Our goal is to earn a dignified social, religious, political and cultural space in the society-at-large through active engagement.

In dealing with most situations, we will adopt the ideals of the prophet; conflict mitigation and goodwill nurturence in our endeavors in building a cohesive America, where every American enjoys his or her life in the pursuit of his or her happiness.

Please tell us in three bullets with or without short explanations, the three most important priorities that American Muslims should undertake now.  Send an email to- MuslimVision2020@gmail.com

When you are in DC, please feel free to call on me.