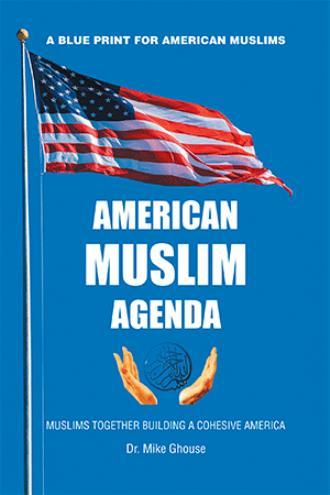 What is the book about?

You will be pleased to see your vision of America resonate in the book. Even though the title is ”American Muslim Agenda,” it is for all Americans.
One of the purposes in naming the book is for my fellow Americans who have misunderstood Muslims to pick up the book and read, and my fellow Muslims who have misunderstood Islam to take a look the at the pristine Islam that they long for, it is not lost, we have to revive it. Islam is not about ruling or dictating others; it is about living your life and letting others live theirs, one of the 12 strongest values of Islam is freewill that Muslims have forgotten.   I have cited the Quran extensively with reinforcing practices of the prophet.
There are occasional references of wisdom drawn from Atheism to Zoroastrianism and every faith in between. You will see Jesus in Muhammad, Torah in Quran or Bhagavad Gita’s reflections or Buddhas Middle path or Nanak’s service to humanity.
You may like this note that Dr. Frank Islam has highlighted.
“I am intrigued by the book, particularly the chapter on the Essence of Islam. The great Talmudic sage Rabbi Hillel in the first century BC said, “What is hateful to you, do not do to your neighbor. That is the whole Torah; the rest is the explanation of this—to study it!” Dr. Ghouse responds to Rabbi Hillel with a corollary on Islam, “God wants us to respect the otherness of the others and accept the uniqueness of each human. That is the whole Quran; the rest is the explanation of this—to study it!”

MUSLIMS TOGETHER BUILDING A COHESIVE AMERICA

This book, The American Muslim Agenda, is a primer, a blueprint, a road map for American Muslims to consider. A Muslim is someone who is a conflict mitigater and a goodwill nurturer, following the formula for peaceful societies practiced by Prophet Muhammad (PBUH) and guided by the Quran. As a community, American Muslims have not developed any concrete plans to extricate themselves out of the chaotic situations, hostility and incessant Islamophobic rhetoric we face. Each time a terrorist acts out, we start praying and wishing that the terrorist not be a Muslim. We are Americans, and we can do better than that. This book paves the way for us to own the mistakes we have made, remedy them, and become fully integrated Americans. There is only one America, and all of us are fully integrated parts of that nation. We need to learn to engage with those who are opposed to us, and I have some good success stories to share on that front. When we start defending America and American values we are in! We become an integral part of American Fabric.

What do the Scholars say about the book?

Talking points of the book

I have acknowledged the mistakes Muslims have made,  including an apology to Jews, Christians, and Hindus and have offered solutions to go forward.
Every question you have about “American Muslims” will be answered
in a book signing event, or a special meeting you may consider organizing.
1. Why I wrote the book?
2. Muslim Woman President of the United States in 2036
3. What does it take to run for public office?
4. What are the 12 Islamic Values to shape future societies?
5. Why is this book a reference Manual?
6. Are Muslims a part of the American story?
7. What does it take to be an Amin?
8. Spineless Muslim Leadership9. Mistakes Muslims have made and fixing them10. Rejecting public Sharia
11. Criticism of the Quran, Islam and the prophet
12. Dealing with conservatives
13. Pristine Islam
14. Extremism
15. More
Contact information:
Mike Ghouse
(214) 325-1916
Washington, DC
AmericanMuslimAgenda@gmail.com
Dr. Mike Ghouse is committed to building a cohesive America and offers pluralistic solutions on issues of the day. His new book, the “American Muslim Agenda” guides Muslims and non-Muslims alike to mitigate conflicts and nurture goodwill. The book will be available at the end of January 2019 in all the bookstores. Mike is a public speaker, author, interfaith wedding officiant, and the executive director of the Center for Pluralism in Washington, DC. More about him at https://www.linkedin.com/in/mikeghouse/
Posted by Mike Ghouse at 12:35 PM