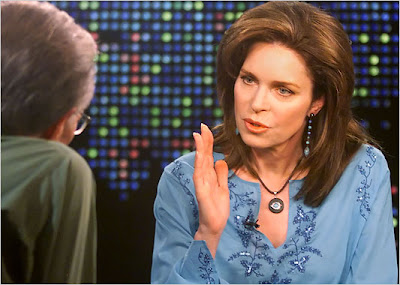 Dr. Basheer Ahmed and Dr. Hind Jarrah, two Muslim pioneers in Dallas are working tirelessly in creating a safe haven for women at disadvantage. I hope both of them can attend this event. Indeed, the Texas Muslim women’s foundation is having a fund raising dinner on May 2nd and hope you attend and support the event. Details at:

Genesis Women’s Shelter is pleased to announce that Her Majesty Queen Noor of Jordan will be the keynote speaker at the organization’s 16th annual Genesis Mother’s Day Luncheon, “Peace on Earth Begins at Home,” Friday, May 8, 2009, 11:30 a.m. to 1 p.m., in the Landmark Ballroom, Hyatt Regency Dallas at Reunion, 300 Reunion Blvd. Doors open at 11 a.m. Honorary Co-Chairs are Ruth Altshuler and her daughter Susan Sharp and Luncheon Co-Chairs are Joan Eleazer and her daughter Layne Pitzer.

Her Majesty Queen Noor of Jordan is an international humanitarian activist and an outspoken voice on issues of world peace and justice. She has played a major role in promoting international exchange and understanding of Arab and Muslim culture and politics, Arab-Western relations, conflict prevention and recovery issues such as refugees, missing persons, poverty and disarmament. Her international conflict recovery and peacebuilding work over the past decade has focused on the Middle East, the Balkans, Central and Southeast Asia, Latin America and Africa. Since 1980, the initiatives of the Noor Al Hussein Foundation (NHF) which she chairs have advanced and modernized development thinking in Jordan by progressing beyond traditional charity oriented social welfare practices to integrate social development strategies more closely with national economic priorities. Queen Noor also chairs the King Hussein Foundation (NHF) and the King Hussein Foundation International (KHFI) founded in 1999 to promote and build on King Hussein’s humanitarian vision and legacy in Jordan and abroad.

Queen Noor was born Lisa Najeeb Halaby to an Arab American family distinguished for its public service. She married His Majesty King Hussein bin Talal of Jordan in 1978 and was renamed Queen Noor Al Hussein upon her conversion to Islam. Queen Noor has four children with King Hussein.

“Her Majesty Queen Noor of Jordan’s passion for peace throughout the world is a wonderful tie-in to Genesis Women’s Shelter’s work toward peace and safety for families at home,” said Jan Langbein, Genesis Women’s Shelter Executive Director and immediate past Senior Policy Advisor to the Director of the U.S. Department of Justice, Office on Violence Against Women (OVW). “We are so grateful for the support of this community which enables us to provide safety, shelter and services to thousands of area women and children in need.”

The Violence Against Women Act was enacted in 1994 to address the national epidemic of violence and abuse that women face every day. Over the past 15 years, it has provided billions of dollars for law enforcement, specialty domestic violence courts, training and education on college campuses, and funding for shelters and transitional housing programs that assist women escaping domestic violence.

As author of this landmark legislation, Vice President Biden stated, “The single most important legislative accomplishment in my 32-year career in the Senate is passing the Violence Against Women Act. What was once seen largely as a private, family or cultural matter is now understood by the international community as a violation of basic human rights. Violence against women is a legal wrong. It cannot be excused or justified or ignored.”

Underwriting opportunities for the luncheon begin at $1,500 for a table of 10, and individual tickets at $150. The 2009 Luncheon is sponsored by NBC 5, KXAS-TV. For more information, please contact Kristen Howell, Director of Development, at 214.389.7703 or khowell@genesisshelter.org.

About Genesis Women's Shelter: Since opening it’s doors in 1985, Genesis Women's Shelter has been committed to providing quality safety and shelter to battered women and children through crisis intervention and short-term crisis therapeutics, and to reducing the occurrence of violence against women and children in the greater Dallas area. Genesis also seeks to raise the level of community awareness regarding the pervasiveness and effects of domestic violence. Each year, Genesis serves more than 700 residential clients and 1,000 non-residential clients through Outreach services.