Friday, March 15, 2013 | PRESS RELEASE | 3 ACTION ITEMS
Muslims Condemn brutal attacks on Hindus and Hindu Temples by Muslims in Bangladesh; this goes against the very grain of Islam. The culprits must be punished to restore trust and justice to the Hindus of Bangladesh.

The following press release is an expression of Muslims to register their protest, repentance and desire to restore trust among the Hindus of Bangladesh who are harassed and under attacks. This is not acceptable in Islam.

We condemn these disgusting acts of Muslims among us, who are hell bent on hurting fellow Bangladeshis, because they are Hindus. These acts go against the very essence of Quran to treat every human, animal and the environment with dignity. Quran could not be clearer than this, “killing one person is like killing the whole humanity, and saving one life is like saving the entire  mankind.” 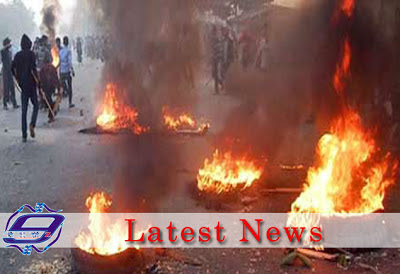 The insane attacks on Hindus are referenced in several reports below, please read different reports to get the full picture, a commission must be established to report the findings.

The majority of Muslims are peace loving, however a few among us are not, and it is our responsibility to not let those few tarnish the name of our religion. We need to do our Jihad, and our struggle to bring justice and trust in the society.

In the interest of containing, cornering and mitigating the conflict, we urge the Bangladeshi Government to take all the precautions to single out the individuals responsible for the chaos.

We appeal to the authorities, not to arrest the miscreants as Muslims or members of any of the religious or political organizations but as Individuals. Per Quran and per any civil law, the individual alone is responsible for his acts, and not his family members, mayor of his town, Imam of his Mosque, Bangladesh or Islam in this case. If we follow this wisdom, we will contain the problem to individuals and prevent further aggravation by pitting one group against the other.

The success of a nation depends when her citizens feel secure; in this case, it is the duty of the state to ensure the safety of Hindus, Buddhist, Shia, Ahmadiyya, Christian and other minorities.
It is also the obligation of the Bangladeshi majority to continue to speak up against the brutal treatment of fellow Bangladeshis who are Hindu. Indeed, the safety of a community is the responsibility of the majority.

Prophet Muhammad (pbuh) established a government in Medina, where no Jew, Christian or others were to feel insecure. He further gave one of the strongest instructions to Muslims – If any one of you is unjust to the other, By God, on the Day of Judgment, I will stand up against you in support of the victims. As a Muslim, I ask Muslims to come together to take these individual actions:

2. Request the Government to restore the damaged homes of the Bangladeshi Hindus.

3. Request a commission of inquiry and a dialogue to rebuild cohesiveness in the Bangladeshi society, where no Bangladeshi has to live in fear of the other.

Donate whatever you can to re-build the demolished Hindu temples; we will have to find a reliable Organization in Bangladesh to ensure funds will be used strictly to rebuild the temples. The first $100.00 will come from the World Muslim Congress. We will set up a fund with trustees from Muslim, Hindu, Buddhist and Christian Members and seek support from the Bangladeshi Organizations in Dallas.

We have a responsibility to ensure the safety of every Citizen. We (the Muslims) should be the Amins of the world, where Hindus, Christians, Jews, Buddhists, Atheists and all others trust us to be just, fair and truthful. They should feel safe around us, for us to be the Amins in fulfilling the first foundational Sunnah of the prophet.

YOU CAN ALSO FAX/ E MAIL / HERE IS A SAMPLE.

I am concerned about the plight of Hindus in Bangladesh, and request you to ask your Government to protect the Hindus immediately. Please initiate a commission to find the facts and work on restoring damages temples and homes of the Hindu Bangladeshis. I also urge a national and local dialogue to begin in building a cohesive Bangladesh, where no Bangladeshi has to live in the fear of other.

Your Name:
Email:
Address/City/Zip
Posted by Mike Ghouse at 6:48 PM