TEXAS FAITH: How do we create the common good in Texas?

Texas Faith: How do we create the common good in Texas?
Published in Dallas Morning News on 01/09/2012 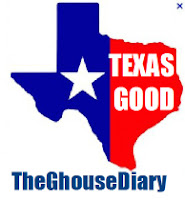 Charity does not have to be Godly, noble or a drag on the well to do, but it certainly insures everyone in the society to function effectively. Pulling people up from ditches on to a level playing field can be viewed as an act of charity or an act of responsible investment in human capital. Governor Perry needs to move on with the affordable care act or move away from being a hindrance to the public good.

So, as we start 2013, and the Texas Legislature begins its every-other-year session, let’s discuss that topic. More specifically: How do you think the state can create a greater sense of the common good?

At the same time, Texas’ economy is in a better place than that of most states. A recent survey of CEOs ranked Texas as the best place to do business. The result of the business-friendly attitude for workers is that Texas has shown a good ability to create jobs. Because we have a fairly robust economy, jobless figures here are better than those of most states.

So, there are two sides to the Texas question. And with those two parts in mind, I’d like to hear how you think Texas can create a greater sense of the common good.

Pulling people up from ditches onto a level playing field can be viewed as an act of charity or an act of responsible investment in human capital. The reality is, it adds to the common good in broadening a consumer base that will propel economic growth, and uplift everyone in the process. Charity does not have to be godly, noble or a drag on the well-to-do, but certainly insures every one in the society can function effectively.

The mother of all good is a good economy. This can be better understood by the housing industry, a barometer of economic health of a nation. There was a time when people could not purchase a home unless they had the cash. All of that changed with the creation of Federal Housing Administration in 1934. With less than 5% down, you could buy your home. Indeed, 20 homes were bought for the same money in place of cash for one.

Everything multiplies with it; the economists call it a multiplier effect. Building 400 homes instead of twenty homes creates jobs, rolls the lumber off the mills, appliances are manufactured, brick runs through the kilns, and masons, carpenters, plumbers, roofers, electricians and others get to work. Add to that the services it generates, such as gas companies, public schools and grocery stores. All those services generate additional tax revenues.

Indeed, our common good was created out of thin air, and we can do more of it in Texas by encouraging and uplifting small businesses through insured loans to otherwise unqualified borrowers but great entrepreneurs. Bangladesh is a story of success through micro-loans, and we can replicate that model. The more people we can have on a level playing field, the better off all of us would be.

We need both short and long term solutions. President Obama has articulated the long term goals as an investment in producing outstanding students in science, math, engineering and medicine to continue to have a lead in innovation to improve our quality of life.

The short term goals include re-training the unemployed and under-employed. Once they get the skills, they can support the services the state needs.

Thanks to the Affordable Care Act, a good investment in a healthy America will keep Texans working and producing with the least loss of sickness. That will add to the GDP and the state’s revenues. Governor Perry needs to move on with the program or move away from being a hindrance to the public good.

The answer has got to be a comprehensive approach to feeling good about ourselves and those around us. We need to build a society where no Texan – whether that person is a woman, an African- American, gay or lesbian, atheist, Muslim, Jew, Sikh, Hindu or an immigrant — feels threatened in the pursuit of his or her happiness.

Our well-being is nurtured by the well-being of what surrounds us, namely people and the environment.

Mike Ghouse is a speaker, thinker and a writer on pluralism, politics, peace, Islam, Israel, India, interfaith, and cohesion at work place and standing up for others as an activist. He is committed to building a Cohesive America and offers pluralistic solutions on issues of the day at www.TheGhousediary.com. Mike has a presence on national and local TV, Radio and Print Media. He is a frequent guest on Sean Hannity show on Fox TV, and a commentator on national radio networks, he contributes weekly to the Texas Faith Column at Dallas Morning News, fortnightly at Huffington post, and several other periodicals across the world. His personal site www.MikeGhouse.net indexes everything you want to know about him.
Posted by Mike Ghouse at 5:27 PM