The future of our society will be shaped by the moderate majority, for the first time in our long history, the moderates have discovered that they don't need to bang their fist on the table, or scream bloody murder to be heard, they have done it effectively at the ballot box, they waited for the left or the right to move towards moderation, and the left jumped on it and got the ride in 2012, and now the right is scrambling for the ride. Continued at: http://theghousediary.blogspot.com/2013/01/texas-faith-is-religious-left-too-nice.html
….. 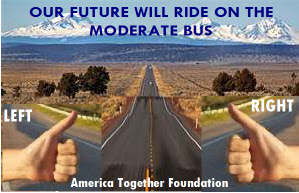 The Washington Post's Lisa Miller wrote earlier this month about how "nice isn't going to win the battle for the religious left."

Miller noted how the religious left once made the case for issues of great consequence, such as women's suffrage and civil rights. But she contends the religious left needs to greatly improve how it makes its priorities and activities more compelling and newsworthy.

Wrote Miller: "Kumbaya is not a story. Why can't we all just get along is not a story. Since the rise of the religious right in the 1970s in reaction to the Supreme Court ruling on Roe v. Wade, the religious left has failed to gain any comparable visibility, traction or voice on major issues in the political sphere.

"News releases from the precincts of the religious left continue to emphasize niceness over moral authority….There's nothing wrong with being polite, of course. But a great, galvanizing, undeniable moral argument is better. 'Civility is a great friend of the status quo,' says Jim Naughton, partner at Canticle Communications, which advises faith-based groups. 'People aren't going to change because you're nice to them.'"


We are conditioned to seeing everything from a binary perspective; left or right.  We lose sight of the critical third dimension; the deadbeat moderate majority. This is the group that is meek, civil and polite, but does act decisively while casting the ballot.

Indeed, the religious left is more influential than the right in pulling the moderate votes.

Obama is reelected with a greater margin over his rival on the right.  The public support for legal abortion is accumulating despite the religious right. Same sex marriage is gaining greater acceptability. Obama care is in, Immigration reforms are underway, and gun safety regulation is gathering momentum. Heck, the wars will end with no desire to engage in another senseless war.

On the other hand, the religious right is losing, not because of inadequacy in their principles, but because of their belligerent, unintelligent pounding on the airwaves, and turning the moderate majority off.

Jim Naughton makes a powerful point that Civility is a great friend of the status quo; he is talking about the moderates, and not the ones on the left. Whether it is the city council meeting, church gathering or in informal gatherings, it is always the people on left or the right who drive the conversation, they have no qualms in speaking out passionately, even though they get shot at alternatively by the other, they don’t lose the enthusiasm for their point of view. Whereas the moderates, keep raising their hand politely, hoping to get their turn, but never get a chance to get their point across, they don’t know how to bang their fist on the table, such an act is rude and stupid to them.

Years ago, a Nun made a remarkable point on Tim Russert’s Meet the press. The right will frighten the public and attempts to win by guaranteeing to take care of them, the left will match their tall claims, while the moderates have difficulty in embellishing and giving false hopes, they lack passion.

America is moving towards the center, the moderate majority is realizing its power to keep things at an even keel; they want an America that is good for every one of her citizens, in fact they made that difference in 2012 through the ballot, as they do not have the passion to speak out. Indeed, Americas’ future will be shaped by the moderates.
. . . .
Eleven panelists contributed to this forum, to read the contributions from all the panelists, please visit -  http://religionblog.dallasnews.com/2013/01/texas-faith-is-the-religious-left-too-nice-and-without-influence.html/
------------

Mike Ghouse is a speaker, thinker and a writer on pluralism, politics, peace, Islam, Israel, India, interfaith, and cohesion at work place and standing up for others as an activist. He is committed to building a Cohesive America and offers pluralistic solutions on issues of the day at www.TheGhousediary.com. Mike has a presence on national and local TV, Radio and Print Media. He is a frequent guest on Sean Hannity show on Fox TV, and a commentator on national radio networks, he contributes weekly to the Texas Faith Column at Dallas Morning News, fortnightly at Huffington post, and several other periodicals across the world. His personal site www.MikeGhouse.net indexes everything you want to know about him.
Posted by Mike Ghouse at 5:15 PM