PRESIDENT OBAMA'S INAUGURAL BENEDICTION AND PASTOR GIGLIOShould the pastor who once gave anti-gay marriage sermon been removed from Obama’s inaugural? Published in Dallas Morning News on 01/15/2013


Although the inaugural benediction may be a small ritual, it has the power to set the inclusive tone for the nation. One of the many roles of a president is to shape and nurture the direction of the nation, and president Obama has been a good shepherd. Indeed, he is committed to building an America, where each one of us becomes a catalyst to the other, and eventually, each strand in the web of our society will coalesce in building our nation to function cohesively. The president’s wisdom is crystal clear, “We rise and fall together as one nation.”Continue - http://theghousediary.blogspot.com/2013/01/texas-faith-president-obamas-inaugural.html 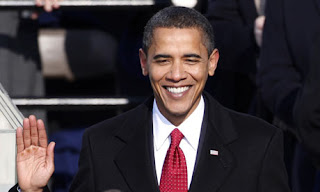 By inviting religious conservatives to be part of a broad faith-based community, Obama seemed to be saying that while we don’t agree on everything, there are areas of common ground that Americans can share. Giglio was picked because of his work against human trafficking. Obama can have whomever he wants at his inauguration – but what if he had kept Giglio on the program and showcased the broad diversity of our faith? Would that have been a strong message about bridging the religious divide in our politics?

Which invites this question: In removing Giglio from the program, did the Obama inaugural do the right thing? What good comes from his absence? And what good — or bad– would have come had Giglio stayed on to deliver the benediction?

MIKE GHOUSE, President, Foundation for Pluralism, Dallas
One of the many roles of a president is to shape and nurture the direction of the nation, and president Obama has been a good shepherd. Indeed, he is committed to building an America, where each one of us becomes a catalyst to the other, and eventually, each strand in the web of our society will coalesce in building our nation to function cohesively. The president’s wisdom is crystal clear, “We rise and fall together as one nation.”

Reverend Giglio’s withdrawal from delivering the benediction was the right thing to do, although it may be a small ritual, it has the power to set the inclusive tone for the nation.

We are yet to be truthful to our own pledge that we take, that we are, “one Nation under God, indivisible, with liberty and justice for all”. Our benediction should strongly reflect the sentiment of oneness of our nation under God, and shed our hypocrisies of excluding fellow Americans even in our prayers.

Our nation has come a long way in fulfilling our immortal declaration, “We hold these truths to be self-evident, that all men are created equal, that they are endowed by their Creator with certain unalienable Rights, that among these are Life, Liberty, and the Pursuit of Happiness. That to secure these rights, Governments are instituted among Men, deriving their just powers from the consent of the governed.”

Indeed, it was the consent of an overwhelming majority of Gays and Lesbians, Native and African Americans, women and men, Hindus and Muslims, Atheists and Wicca, Hispanics and Pagans, and others that the president derives his powers from, and he has the mandate to shape an inclusive America. Rev. Giglio’s comment about Gays and Lesbians was anathema to such a mandate, and his withdrawal bodes well in nurturing the inclusiveness.

However, had Giglio stayed on to deliver his benediction, representing his exclusive tradition, it would have sent negative vibes of betrayal to the very people who gave their overwhelming supported to bring the change.

On the positive note, we would have learned to live with our differences; that is our tradition. As long as it did not mean to impose our religious views on others, it would have done some good to the nation, including an exclusive individual to deliver the benediction would have added another feather in Obama’s hat of pluralism.

I am composing an ideal benediction for President Obama’s second term, and would be available at the WWW.FoundationforPluralism.com by Friday.

Ten panelists contributed to this forum, to read the full intro and the contributions from the panelists, please visit - http://religionblog.dallasnews.com/2013/01/texas-faith-should-the-pastor-who-once-gave-anti-gay-marriage-sermon-been-removed-from-obamas-inaugural.html/

Mike Ghouse is a speaker, thinker and a writer on pluralism, politics, peace, Islam, Israel, India, interfaith, and cohesion at work place and standing up for others as an activist. He is committed to building a Cohesive America and offers pluralistic solutions on issues of the day at www.TheGhousediary.com. Mike has a presence on national and local TV, Radio and Print Media. He is a frequent guest on Sean Hannity show on Fox TV, and a commentator on national radio networks, he contributes weekly to the Texas Faith Column at Dallas Morning News, fortnightly at Huffington post, and several other periodicals across the world. His personal site www.MikeGhouse.net indexes everything you want to know about him.
Posted by Mike Ghouse at 2:51 PM