PRESS RELEASE
Mike Ghouse (214) 325-1916
Mike@AmericanMuslimInstitution.org
website: www.AmericanMuslimInstitution.org
American Muslims against ISIS gather up on the steps of Lincoln MemorialWashington, DC, November 19, 2015 – Muslims around the world and particularly Americans Muslims have been sick of the terrorists, particularly the ISIS and the Al-Qaeda guys ever since they started terrorizing the lives of innocent people. We mourn the loss of lives in France, Lebanon, Syria, Iraq, Nigeria and elsewhere in the world and firmly stand against the terrorists. 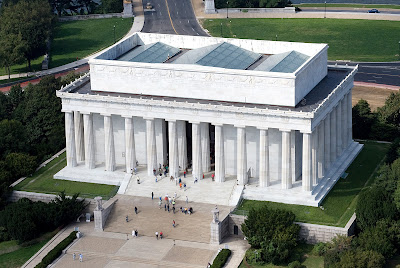 Given the short notice prior to the Thanksgiving weekend, the Muslims of Washington, DC have organized a gathering of Americans of different faiths to come together on the steps of Lincoln Memorial and make the statements of condemnations.We hope this event effectively conveys a message to the terrorists that the world is against them, and that we are all in this together; opposing terrorism and condemning ISIS.
You are all invited to join us on the steps of Lincoln Memorial:


The purpose of this gathering is to send a clear message to the ISIS and their ilk, that American Muslims are angry about their actions. They are to be charged for the violations of human rights, forcing women into slavery, conversions at gun point, harassment of Christians, Yazidis, Shias, Jews, Sunnis and other minorities, and most certainly creating chaos and abusing the name of Islam.

We cannot tolerate any of these acts and we urge our president to speak out in behalf of fellow humans,  and give them three days notice to back off, surrender, and repent for their actions or face the consequences.

We invite Americans of all faiths and no faiths to join us in standing up against ISIS.  Yes, we the Muslims are as angry as average American. Indeed, we are all in this together.

We pledge that we are one nation under the flag, indivisible with liberty and justice for all.
Please join us on the steps of Lincoln Memorial.

# # #
SUPPORTING ORGANIZATIONS
We will be listing as many participating organizations as we can. Please send an email with the name of your organization, website and your phone number,  and we will add to the list below. 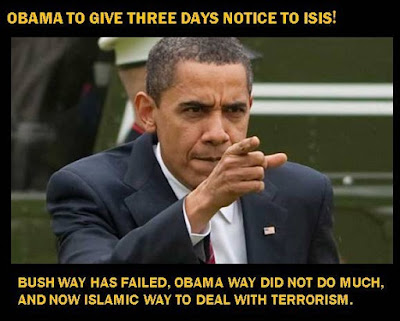 Dr. Mike Ghouse is a community consultant, social scientist, thinker, writer, news maker, and a speaker on Pluralism, Interfaith, Islam, politics, human rights, India, Israel-Palestine and foreign policy. He is committed to building cohesive societies and offers pluralistic solutions on issues of the day. More about him in 63 links at www.MikeGhouse.net and bulk of his writings are at TheGhousediary.com
Posted by Mike Ghouse at 3:24 PM No comments: